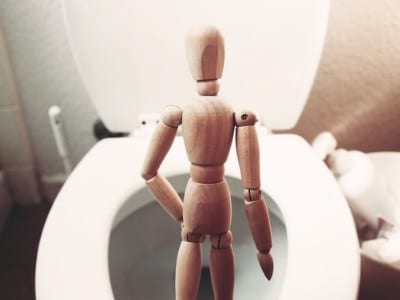 For children with autism, toilet training may require a range of strategies. Toileting is a daily living activity that can be challenging for children on the spectrum to learn and to become confident with, but there are a range of ways in which parents and carers can help children to reach this milestone.

When is a child ready for toilet training?

Children with autism develop at different rates and so their readiness to embark on toilet training will depend on the individual child. However, there are some useful indicators that parents and carers should look out for:

• Your child may be able to tell you, using words or gestures, that their clothes or nappy are wet or soiled.
• They are interested in what the toilet does, or in watching you go.
• They are able to pull their pants up and down by themselves.
• They are able to follow an instruction like, “Sit on the toilet.”
• Their bowel movements are regular and formed.
• Their bladder control means that they are able to stay dry for at least an hour at a time during the day.

How to prepare for toilet training

As is the case when you are teaching a child on the spectrum any sort of daily living activity or functional skill, it may be helpful to focus at first on the individual steps required in going to the toilet, and the sequence in which they need to be performed, rather than the end result.

This might mean that you first need to introduce the toilet and what it’s for before any teaching begins. Once your child has an understanding of why we use a toilet and what it does, then you can begin to prepare them to use it for themselves.

It might also be the case that you need to make some adjustments to your toilet or bathroom, such as a step that they can use to get on and off the toilet more easily, or a training seat that is able to be fitted over the regular one that the rest of the family uses.

Beginning to use the toilet is a significant milestone in a child’s development and so it may also be helpful if the start of toilet training does not coincide with other changes to your child’s routine or daily schedule.

There are common strategies used for toilet training that are helpful both for children who don’t have autism as well as those on the spectrum. However, for children with autism, additional strategies may need to be included as part of the process.

Use the toilet rather than a potty

It might be useful to go straight to using the toilet rather than have your child use a potty first, and then progress to the toilet. Children with autism often find it difficult to adapt to routine changes, and so removing the intermediary step of a potty may make the overall process easier, as it will require less change.

Boys can sit down too

Similarly, it might be helpful if boys initially sit for both peeing and pooing, so that there is not an additional instruction that has to be learned.

As part of the toilet training process, it may help if you teach your child a way for them to let you know that they need to go. This could be either verbal or a gesture. At the same time, it is helpful if you are on the look out for signs that they need to go, such as a change in demeanour, restlessness, moving away to be by themselves, etc.

In addition, it can be beneficial if at different times of the day you gently ask your child if they need to go to the toilet (although don’t overdo this as it might make them feel pressured). This may be necessary if the interoceptive awareness of a child with autism is impaired, meaning that the signals that tell them that that they need to go the toilet aren’t being received, or are noticed too late.

While you are teaching your child about going to the toilet, it is helpful if instructions are detailed and explicit. This is because children with autism can take requests or instructions very literally. Therefore, saying, “Go into the toilet and do a wee,” may be more helpful than just saying, “Go to the toilet.” There is less ambiguity in the former and it also includes an explicit instruction that is less likely to be misinterpreted.

Try to use the same terminology all the time for the toilet, as it can be more difficult for a child on the spectrum to learn to go independently if different words for the same place are used. It is also beneficial if the word you use during toilet training is the same as the rest of the family uses e.g., if your family usually calls it ‘the loo’ or ‘the bathroom’, then it’s helpful to call it that too. If your child regularly spends time with other carers, encourage them to use the same terminology too.

It is also helpful if all members of the family and other carers use the same words to describe relevant body parts as well.

Make it easy for them to go on their own

Parents and carers might want to ensure that the clothes your child is wearing make it as easy as possible for them to go to the toilet independently, such as pants with an elasticated waist rather than buttons. In warm weather, it might be a good idea for them just to be in their underpants when they are at home.

Children with autism can often find it difficult to eat regularly or to have a balanced diet for a range of reasons. This can mean that they don’t consume enough fluids and fibre, which can lead to them becoming constipated. This can make toilet training harder, so if a child is having difficulty in learning to use the toilet, constipation could be one of the reasons.

Sensory differences need to be taken into account and adjustments made during toilet training for children on the spectrum. For instance, some children may find the physical sensation of sitting on a toilet seat uncomfortable, or are scared of the noise of the toilet flushing or the water in the bowl.

If your child has been sitting on the toilet for around five minutes but has not been able to go (despite signs suggesting that they need to), don’t leave them there for too long. Let them get off and try again later, as having them sit there too long could lead to them feeling as if they are being punished.

Some children with autism also may have difficulty in understanding that there are different types of toilets that all do the same thing, and so using a toilet anywhere other than home might be something it takes them a while to feel confident enough to do.

During toilet training, using praise, encouragement and rewards along the way may be helpful. Praise is most helpful when it is specific e.g., “Well done for telling me you need to pee,” or, “Good job for sitting on the toilet,” rather than more generalised remarks.

Rewards can also be used as an incentive during toilet training. These might include time enjoying favourite activities, or other treats. As with any reward system, these are most helpful when your child understands precisely what behaviour is being rewarded.

Rewards could perhaps change as you progress through the different steps required to toilet independently, but thought should be given to ensuring they are not overused. Rewards might be phased out once your child becomes more confident, but praise and encouragement should ideally continue until the skill has been mastered.

Visual support, in the form of charts or diagrams, might be useful during toilet training. These can demonstrate in picture or word form all of the various steps that need to be completed in order to go to the toilet e.g., pull pants down, sit on toilet, wipe bottom, flush toilet, wash hands, etc.

A visual support chart can be stuck on the wall next to the toilet, and it may be useful to go over the steps a couple of times each day, particularly at times when it is likely that your child may need to go to the toilet, such as after eating or drinking.

If visual supports are used, your child should ideally have access to the same charts or diagrams wherever they may be when they use the toilet e.g., at home, at another carer’s house, at play group, kindergarten, school, etc.

Children with autism develop at different times, and so being able to use the toilet will happen at different times for everyone as well. Go at a pace that suits you and your child, and remember that there is no optimum time for how long toilet training should take.

At the same time, don’t be afraid to stop and start again. Toilet training can be difficult for children with autism and not all attempts will be successful straight away. There is nothing wrong with pausing for a while and then resuming again at a later date.

It can take time for children on the spectrum to complete toilet training, and there may well be setbacks along the way. It is always helpful if you can keep a positive outlook so that your child is reassured that accidents can happen to anyone and it is not their fault. When they do occur, clean up without drawing attention to it, and always reassure your child if they get upset when they aren’t able to go to the toilet on their own, or they don’t make it there on time.