Home / Blog / Our journey to my daughter's diagnosis: Early days and different ways 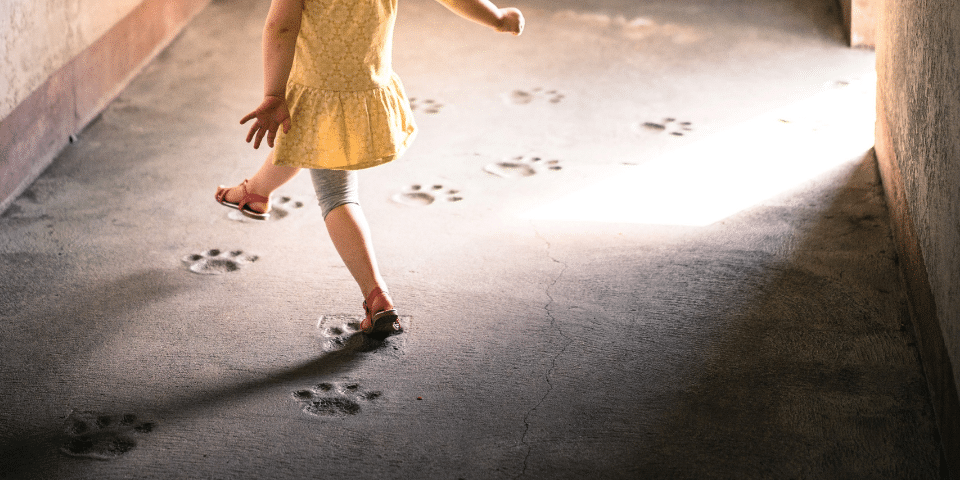 Our journey to my daughter’s diagnosis: Early days and different ways

My children are all amazing humans. They beat their own drum and dance to their own beat.

One of my amazing children was diagnosed this year at 21 years of age as being autistic. She is still that same amazing human she always was and will continue to be, she just has a new tribe now too. She knows that she fits somewhere other than our home and with her group of close-knit friends (some of whom are also on the spectrum) and there is a reason why there are things she has always done, and ways in which she has thought, that may be different to some other people who are not autistic.

And that this is not necessarily the same as some others who are also autistic.

We amazing humans are all different and unique. Those with autism have a difference to those of us who do not have a diagnosis, but every autistic individual is also different to any other person who does have a diagnosis.

My daughter showed characteristics that led me to believe she could be “on the spectrum”, but as an intelligent, tactile, social girl who made great eye contact and loved hugs, I was not sure that she would, when she was younger, meet the criteria for an Autism Spectrum Disorder diagnosis.

And as someone who has been working in the field of autism and disabilities for 30 years now, I observed, noted these things, and filed them away, mentally ticking them off when noticed.

We frequently discussed this, openly and honestly and even though we did not look into getting a diagnosis until she was nearly 21, we parented her as if she did have that diagnosis. I also used the strategies and resources I used at work at home with my other children (and sometimes my husband!) because, guess what? They work with everyone!!

So, what led me to believe she may be autistic?

When my daughter was very small, she was a terrible sleeper. Maybe 4 lots of 30 minute cat naps throughout the day and she did not sleep through the night until she was 4. She was fine – I was the walking dead!

She walked and talked early, saying her first word “Mum” at 5 months old. I know she knew that I was Mum as while she was looking at me, she YELLED it at me for taking too long to get her food! Even though she was, and is a tiny soul, she has a love of food, and a VERY loud voice. She would scream often in response to what seemed like a little thing to us. Strangely now the movie series “Scream” is her all time favourite.

Her food had to have lots of flavour – I always had to add extra flavour and present food in a certain way as even though she ate well, she was finicky. I often had to add vegemite or Worcestershire sauce to it in order to get her to eat what I wanted her to. She would not eat hot chips or fries but used them to dip in her tomato sauce repeatedly and just consume that.

She loved white pasta, white rice, white bread, crunchy foods, things high in salt and her food was not to touch or be mixed. We refer to it as the “white, salty, crunchy diet” (or combinations thereof). I remember feeling like the worst parent in the world when I would drop her off to daycare with her buttered Cruskits, yoghurt and banana as this is all she would eat. It all looked so bland and restrictive.

I learned what she would and would not eat and would make meals in a way to accommodate this.

“The café is open for meals” or so it felt.

She had chronic and ongoing ear infections and had her tonsils and adenoids out and grommets put in when she was 6. This helped a lot! No more snoring although she did tend to sleep with her eyes ever so slightly open, and at times she talked in her sleep. She was always making a noise of some kind.

As a small human, (that is she is pint sized!) she has always loved things that are either super miniature or super large and has at times collected items accordingly.

As far as clothes went, I always had to check the seams on socks before I bought them to make sure they could not be felt, or she would not wear them. And she hated it when I changed the sheets on her bed as they felt and smelt wrong to her afterwards. She wore the same outfits time and again to school, one year, the school dress, the next the shorts and t-shirt, and she wore the same dress throughout her summers of high school. This was due to also to her “stubbornness” – I bought her others that were the next size up, but she was dedicated to proving to me she would not need them!) The formal winter uniform with a woollen skirt and especially the stockings felt so restrictive and cold she pretty much had a note from me every day to allow her to wear the PE uniform, even though by year 12 she no longer did PE!

You could not chew near her, or she would complain bitterly that she could not stand it. And would give you “the look”; her head would slowly turn on her neck as her eyes burned into yours, letting you know, without a sound, that your chewing was not acceptable near her. Then one word – “MUM!” (Sorry Honey!)

A person with a very bright and inquisitive mind, she was always singing, making potions, writing songs or stories, and reading, and needed to be kept busy every moment; we went to swimming lessons, fit kids, play group, dance classes, gymnastics, soccer, and I put her in day care so that I could have a break and she could socialise as she needed lots of social input and interaction.

I always knew where she was, I just had to follow the sound of the bouncing operatic voice singing her day, or a song she had learned. It was when it became quiet that I became concerned as it meant one of 2 things – she was into something she knew she should not be, or she had fallen asleep in some weird spot again. 1 to 60 then 60 to 0 in 5 seconds! She had been known to fall asleep mid-sentence!

For a moment in time, I thought she had learnt to read precociously early (pre-school) until I realised that she had an exceptional rote memory and had memorised the words to most of the books we would read together, especially at bedtime. Turn the page and we would recite together; the pictures were her clues.

She hated to lose, many a game ended up being swiped off the table and she would storm off to her room, and we spent many hours playing Uno and using other strategies to help her to learn that it was OK, and it was “just” a game.

She could not go to a shop counter to buy something, had huge anxiety attacks if things went wrong or she could not do somethings she felt she needed to and always told me how much she hated change… Read Part 2.