Home / Getting a diagnosis / What other conditions co-occur with autism? 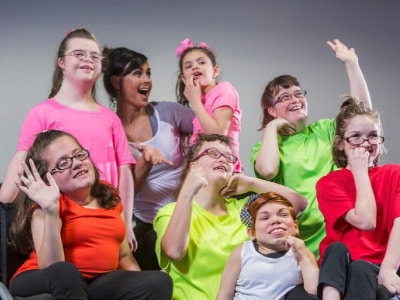 What other conditions co-occur with autism?

These co-occurring conditions can appear at any time during a person’s development, and some may not appear until later in adolescence or even adulthood.

A number of psychiatric, neurodevelopmental, neurological, medical and genetic conditions are also known to co-occur with autism at higher rates.

The key conditions that can occur in addition to a diagnosis of autism include:

Intellectual disability is defined by learning a range of skills at a significantly slower rate than others. Signs of developmental delays are evident very early in life.

Intellectual disability varies a lot from child to child and syndrome to syndrome, and ranges from mild to severe.

Some causes of intellectual disability include genetic disorders such as Fragile X syndrome, Down syndrome, Rett Syndrome.

Intellectual disabilities are often diagnosed correspondingly with autism during early childhood, and are usually identified through signs of developmental delay.

Around 31% of people with a diagnosis of autism also have an intellectual disability.

For more information about intellectual disability go to the Australian Institute of Health and Welfare.

Around 29% of people on the autism spectrum have skills that are considered exceptional, including their ability to remember and recall information, to draw using incredible detail, or to produce music that is pitch perfect.

For more information about savant syndrome read this article from Psychology Today.

People with autism may have mental health conditions such as anxiety, depression, bi-polar, obsessive compulsive disorder, personality disorder, schizophrenia and mood disorders These are separate conditions, and are not part of autism.

This is important for loved ones, and those living, working or going to school with a person on the autism spectrum, to keep in mind.

Bipolar disorder is a psychiatric condition that can lead to extreme emotional highs (mania) and extreme lows (depression).

Signs of extreme lows can include having a low mood, trouble sleeping, eating or having a poor appetite, or lacking in motivation. Signs of emotional highs can include high energy levels and hyperactivity, and increased self-esteem.

Studies have shown that Bipolar disorder is more prevalent in older people with autism than in children. To find out more or to learn about ways to manage Bipolar disorder go to the Black Dog Institute.

Anxiety disorders are common among children and adolescents in Australia, with a reported 7% of young Australians diagnosed with some form of anxiety disorder each year.

As with many mental wellbeing challenges, anxiety presents in a variety of ways, as it is based on a physiological response to a “real or perceived threat in the environment, a response that maximises the body’s ability to either face or escape danger – ‘fight or flight’.” This can present in a number of ways: being constantly worried or afraid; being tense and on edge, nervous or scared; feeling panicky, irritable, or agitated; or feeling physically sick, like you may vomit.

Research has shown that around 40% of young people with autism are more likely to experience some sort of anxiety disorder, including obsessive compulsive disorder.

It is particularly important to recognise and treat anxiety in autism as it can exacerbating social withdrawal and make repetitive behaviours worse. Untreated anxiety in people with autism has also been linked to the development of depression.

To learn more about anxiety or to seek support go to Black Dog Institute.

A key sign of obsessive-compulsive disorder (OCD) is having thoughts that you don’t want to have, and not being able to get rid of them easily.

People with OCD calm or distract themselves from these thoughts by behaving in a “compulsive” way, such as arranging or counting things, or washing their hands over and over again. These behaviours are used to manage these thoughts.

For help and support relating to OCD see your GP, or go to Beyond Blue for more information.

Other neurological conditions such as Epilepsy, and Tourette syndrome have been reported as occurring among people with autism.

People with Tourette syndrome make rapid, repetitive sounds and movements that they can’t control or prevent, these are called involuntary tics. Tourette’s is an inherited neurological disorder and can begin between the ages of two and 21 years of age.

Epilepsy is a range of brain condition that leads to a person having repeated seizures, which can be visable or not. Current statistics show that 3% of Australians have epilepsy, 5% – 46% of people with autism are living with some type of epilepsy.

Studies have shown that autistic people are more likely to have epilepsy.

Attention deficit hyperactivity disorder (ADHD) affects a person’s behaviour and development. ADHD is characterised by behaviours such as:

Studies have shown increased prevalence of both attention deficit hyperactivity disorder (ADHD) and autism in recent years, with research suggesting that up to two-thirds of people with ADHD show features of autism.

For more information about ADHD and how best to manage it, go to ADHD Australia.

Around 10 to 16 per cent of people have trouble with learning. This can be caused by: developmental delay; poor coordination due to motor skill problems, emotional issues and traumas; lack access to appropriate education; interrupted school attendance; or health issues.

Some people, around 2 and 4 per cent, have academic or intellectual abilities that are considered below those of the “average” person, these are called learning disabilities, and include:

Studies have shown that there is an increased prevalence of reported cases of autism among children with a learning disability. This means it’s important for parents and carers to seek advice from teachers and professional support providers about developmental delays specific to learning and academia.

Motor skills are defined as movements and actions of the body’s bone and muscle structure. They are referred to into two categories, gross motor skills and fine motor skills.

Gross motor skills relate to the movement and coordination of the limbs and other large body parts, and impact activities such as running, crawling and swimming.

Fine motor skills relate to smaller movements occurring in the wrists, hands, fingers, feet and toes, and impact actions such as picking things up, writing carefully, or even blinking.

Motor skill disorders impact a person’s ability to perform movements requiring fine and/or gross motor skills, and the number of motor difficulties in people with autism has been identified as relatively high.

Other common bodily functions have also been related to autism, including sleep, gastrointestinal and feeding difficulties.

Researchers have found sleep disturbance to be the second most common physical co-condition found in people with autism, after epilepsy.

Studies have also found that around 50% of individuals with autism experience some form of gastrointestinal problems.

Feeding problems, including picky eating, chewing and swallowing, in children with autism are also common, with studies showing up to 82% of participants with autism experiencing feeding problems as opposed to 56% in children without autism. There are a range of reasons why an individual may experience difficulties with feeding, including motor issues, fine motor issues, sensory sensitivities, medical and behaviours concerns.

Gender dysphoria is defined as the “distress or discomfort that may occur when a person’s biological sex and gender identity do not align”.

Research studies have indicated that people with autism are more likely to experience gender dysphoria, at a rate ten times greater than the general population. As such, people with autism may need support to understand and accept their gender identity.

For more information about gender dysphoria and how to manage it go to Health Direct.