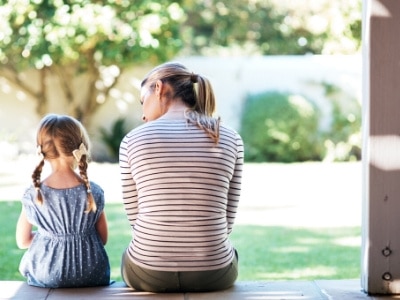 Providing support for siblings who are not on the spectrum

Autism not only impacts an individual but also on those around the individual including siblings. While there are benefits to siblings in having a brother or sister on the spectrum, it can present challenges for the siblings of children with autism who are not on the spectrum themselves.

For instance, it might be difficult, especially for younger children without autism, to understand the signs and behaviours associated with autism, or they may feel that a sibling on the spectrum receives more attention from parents and carers than they do. Parents and carers, too, may at times feel as though they are not providing the same levels of support for all of their children.

There are, however, ways in which you can support children who are not on the spectrum while also helping them to understand and appreciate how autism impacts on all children, parents and carers in the family.

Talking to siblings about autism

It is likely to be helpful in terms of both family relationships and their own development if the siblings of children on the spectrum have an understanding of the behaviours associated with autism, and the support that children with autism may require.

Therefore, parents and carers may find it useful to begin talking about autism with children who are not on the spectrum as soon as they begin to notice that their brother or sister is not developing in the same way as they or other children might be, or as soon as you think they are capable of understanding. In this way, they can feel informed about autism right from the outset and are less likely to be influenced by stereotypical or out-of-date views.

Initially, it will be helpful to talk about autism in a simple, relatable way, and to be prepared to answer any sort of question, including those you likely haven’t thought of yourself! As siblings grow up, they want may want or need more detailed or clinical information about autism, and in time they might also become positive autism advocates in their own right.

When you are talking about autism, it is always helpful if the conversation can be framed in positive terms, focusing on the skills and abilities of children on the spectrum whenever possible, rather than behaviours of concern. It will, of course, be necessary for siblings to understand the latter and how they can impact on children with autism, but ideally, these should not be your only frames of reference.

Nevertheless, it can still be helpful all round if you are able to explain to a sibling that there are things that their brother or sister with autism has difficulty doing, and that sometimes that child will exhibit behaviours that they don’t fully understand.

At the same time, when talking about autism with children not on the spectrum, you should also be aiming to have a two-way conversation, and it will be encouraging if you can ask siblings how they feel about what they have learned, or how having a brother or sister on the spectrum impacts on them. Again, you should probably be prepared to answer a lot of questions and explain some complex concepts in a simple, straightforward way.

Why siblings can sometimes find it difficult to understand autism

It is more often than not the case that siblings display considerable care and understanding towards a brother or sister with autism, and adjust well to the impacts autism can have on family life.

Nevertheless, siblings can at times also have less positive feelings about autism and the behaviours that children on the spectrum can exhibit. They may feel isolated or excluded because a brother or sister with autism doesn’t seem to want to play with them, or they may feel as though they are being left out by parents and carers who are required to spend more time supporting other members of the family.

It may also be the case that siblings feel as though the expectations placed upon them are unfair in comparison to their brother or sister with autism, or that they have to carry a heavier burden when it comes to tasks and chores around the home. Some siblings may also feel that a child on the spectrum is able to do things or display behaviours of concern that they are not allowed to do.

As they get older, the siblings of children with autism may feel embarrassed or angry at behaviours that a child on the spectrum exhibits, particularly in public. At the same time, they may also feel pressure or an expectation to act as a protector for their brother or sister at school or elsewhere.

Some siblings also report anxiety about the additional pressures having a child on the spectrum places on parents and carers, and a fear that this could lead to family break up. This may be coupled with concerns about their having to assume the role of primary carer at some stage in their later lives.

What can make living with a brother or sister with autism even more challenging for some siblings is that they also feel guilty for having thoughts and feelings such as those described above, which can in turn impact on their own self-esteem and sense of worth.

It might be the case that parents and carers need sometimes consciously to devote time to offering praise and encouragement to children who are not on the spectrum, in order to ensure that they are getting the sort of support that they require too.

You might, however, find that siblings are sometimes hesitant to discuss their needs, feeling that a brother or sister with autism is more deserving of parental time, or alternatively they might feel that any concerns or anxieties that they have will be overlooked and so there is little point in sharing them.

Therefore, it will be of benefit to all if parents and carers can set aside regular time to devote to the children in the family who are not on the spectrum, in order to develop their self-esteem and encourage positive relationships throughout the family.

For younger children, this might mean ensuring that there is storytime each evening, or that bath time is the part of the day devoted to them. For older children, it could be helpful to ensure that some time is set aside each day to discuss school or sporting activities they are engaged in. If they play a musical instrument, perhaps some time could be allocated regularly to hear them practise.

You might also like to set up a regular activity outside of the home that you share, such as going to watch a football match together, taking the dog for a walk, or going swimming. If you have a good family support network in place, you might also consider scheduling a regular time when a relative or close friend comes to your home, so that you can spend some time relieved of carer duties and which you might then devote to siblings.

Siblings may feel excluded and that they are not receiving the family support that they deserve. This can sometimes manifest itself in negative feelings towards a brother or sister with autism.

There are, however, some strategies that can be employed if siblings are not enjoying positive relationships with a child on the spectrum.

For instance, you might establish some clear roles and responsibilities in the home, ensuring that everyone has their own allocated tasks or jobs. In this scenario, a sibling who is not on the spectrum might, therefore, feel that they are not having to carry too much of the burden and that the way the home operates is fair for all.

It may also be helpful if you acknowledge feelings of exclusion children without autism may be experiencing, as well as any negative feelings they may be having towards a brother or sister.

For instance, if a sibling is frustrated about the way a child with autism plays with them (or perhaps doesn’t play with them), acknowledge that it might be difficult for them rather than telling them to ignore it or not to worry about it. You might ask them to explain how this makes them feel, encouraging them to articulate their thoughts in a way that is about them, not about their brother or sister with autism.

In such a scenario, you might then find it helpful to work together to find a positive way in which a sibling can express their feelings of frustration or anger without directing it at their brother or sister.

You could also acknowledge that you, too, have experienced similar feelings at times. In this way, it might encourage a sibling not to feel guilty about being angry or frustrated, or not feel that they are bad or odd for thinking in this way.

It is ultimately beneficial for the whole family when people feel able to talk about autism and its impacts and acknowledge that it can be accompanied by behaviours of concern that might affect the lives of other people in the home. Working together in an atmosphere of openness is, however, one of the most effective ways of ensuring that everyone is included.

Ultimately, it can sometimes be difficult for the siblings of children to autism to find their place in the family and to feel as though they are getting the support they need for their own development. However, with some awareness on the part of parents and carers of this, a more inclusive family environment can be created where everyone feels equally valued.