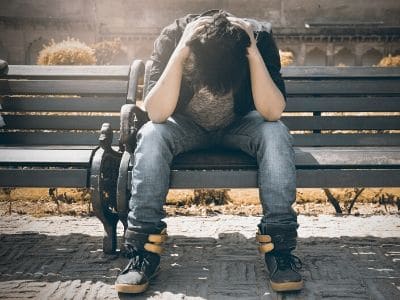 In the case of teenagers and young adults on the spectrum, some of the characteristics of autism may contribute to their developing a mental health condition, with these co-occurring conditions not appearing until they reach this stage of their development.

At the same time, behaviours that are associated with autism could also help to mask a co-occurring mental health condition.

Do teens with autism have a mental health condition?

It is not the case that a teenager with autism will necessarily be diagnosed with a co-morbid mental health condition. However, there are a number of conditions that can affect mental health which occur at higher rates in people on the spectrum.

In summary, being on the spectrum will not always impact negatively on a teen’s mental health. However, parents and carers should be aware that there is nevertheless an increased likelihood of a teen with autism experiencing one or more of the mental health conditions discussed here.

How autism may affect the mental health of teenagers

Teenagers with autism can often feel isolated, anxious and unsupported, perhaps as a result of difficulties they experience with language, self-expression, or other forms of social interaction and a lack of understanding about autism in the wider community.

In turn, these characteristics of autism may contribute to the development of one or more co-morbid conditions in teens that have an impact on their overall and ongoing mental health. Likewise, unexpected behaviours that are exhibited by teens with autism could in some cases also partly stem from a co-occurring mental health condition.

Depression: Signs of clinical depression which are common in people on the spectrum of all ages can, however, be more marked in teens with autism. These may include social withdrawal and reduced communication, irritability, difficulties in sleeping and eating, or a lack of motivation.

These signs of clinical depression can, however, be overlooked, as some are also characteristics of autism and so might not be seen as being related to a co-morbid mental health condition.

Bipolar disorder: Bipolar disorder most commonly emerges in teenagers aged between 15 and 18, and it can sometimes be difficult to recognise in teens on the spectrum because behaviours that are exhibited by young people with bipolar disorder are in some cases similar to those associated with autism.

Teens with bipolar disorder can experience both extreme emotional highs (mania) and extreme lows (depression). These extremes can present as periods of high energy, hyperactivity and increased self-esteem, as well as periods where they sleep poorly, have little or no appetite, and lack motivation.

Similarly, teenagers with bipolar disorder can experience moments of extreme emotions, or exhibit risky or unexpected behaviour, both of which can also be characteristics of autism.

Anxiety disorders: Around 40% of teenagers with autism will experience an anxiety disorder in some form. This anxiety can present in a variety of ways and can impact on daily living activities, education and the developmental trajectory of a young person on the spectrum.

A variety of factors can cause or compound anxiety. Difficulties in communicating, changes in routine or environment, sensory sensitivity and difficulty in regulating emotions can all contribute to the development of anxiety disorders in teenagers with autism.

It is especially important that anxiety disorders are recognised and treated because they can exacerbate behaviours such as social withdrawal and repetitive behaviours. For instance, teenagers on the spectrum may have an awareness of the difficulties they have with social interactions, and so this further heightens the anxiety they experience when in social settings.

Anxiety disorders in people with autism may, if they remain unrecognised and untreated, lead to the development of clinical depression.

Obsessive compulsive disorder (OCD): Obsessive-compulsive disorder (OCD) is a form of anxiety disorder that is more likely to be experienced by teens with autism than by young people who are not on the spectrum. People with OCD use repetitive behaviours to manage thoughts that they don’t want to have but are not able to get rid of easily.

OCD can present as a person compulsively counting or arranging objects, or washing their hands over and over again.