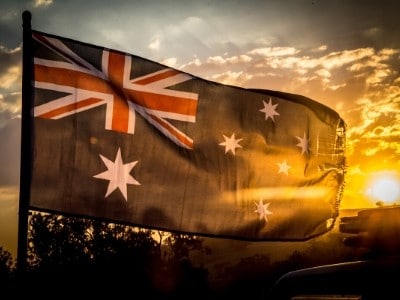 Every three years, the Australian Bureau of Statistics (ABS) conducts the Survey of Disability, Ageing and Carers (SDAC), with the most recent survey being conducted from July 2018 to March 2019. The findings were released in November 2019.

The Survey of Disability, Ageing and Carers has a number of aims. These include measuring the prevalence of disability in Australia, as well as the need for support of older people and those with disability. In addition, the survey seeks to provide a demographic and socio-economic profile of people with disabilities, older people, and carers as compared to the general population in Australia.

What does the survey say about autism in Australia?

Essentially, the 2018 SDAC survey aims to provide an updated analysis of the prevalence of autism in Australia today, and the impact autism has on the everyday lives of people on the spectrum. As such, it produced a number of interesting findings.

Perhaps the most significant of these is that there are now 205,200 people with autism in Australia, a rise of 25.1% since the last survey in 2015 (164,000 people). This figure means that 0.08% of the total population can be considered as being on the spectrum in this country. The growth in the prevalence of autism reported in this edition of the survey is, however, consistent with the rate of growth reported in previous SDAC.

It was also shown that males were 3.5 times more likely than females to be on the spectrum, with prevalence rates of 1.3% and 0.4% respectively.

Another of the most significant of the survey’s findings was that there appears to be a variation in the prevalence of autism across age groups. Children aged between 10 – 14 were found to be the group with the highest occurrence rate of autism, but then the number of people who identify as being on the spectrum starts to decline.

The ABS makes some suggestions as to why this might be the case, most notably the changes that have been made to the Diagnostic and Statistical Manual (DSM) which have meant that autism is now diagnosed differently now compared to how it was in the past.

It has been suggested that changes to DSM criteria over time — most notably DSM-4 in 1994 and DSM-5 in 2013 — have had a significant impact on diagnoses rates i.e., more people have been diagnosed as being on the spectrum since these changes were introduced than had previously been the case. This would seem to account for a significantly larger proportion of people under the age of 25 being diagnosed as being on the spectrum when compared to previous generations i.e., before the current criteria for diagnosis were established.

Diagnostic changes have also been accompanied by a greater understanding of autism, which may also have contributed to more young people being diagnosed as being on the spectrum when compared to people in older age groups.

There may also be other contributing factors as to why there is a drop in the reported prevalence of autism in people aged 30 and above. The disclosure of older people who were surveyed to identify as being autistic may be a factor. The coping strategies developed by people aged 30 and above on the spectrum, along with intervention therapies, and limited connection with the autistic community, may also mean that, for some people, they no longer identify as being autistic.

Education and people on the spectrum in Australia

The survey demonstrated the significant degree to which children and young people with autism require support in a variety of forms in order to maximise their learning, and to develop social and functional skills at school and in higher education.

The survey found that 77.7% of people with autism aged 5 to 20 years who were attending school or another institution experienced difficulties that impacted on their education. The most prevalent were difficulties in fitting in socially (59.8%), learning difficulties (55.3%), and difficulties with communication (51.5%).

One of the most important findings was that 45.9% of young people in this age group said that they needed more support in their education than they are currently receiving. The 2018 SDAC found that 40.4% of young people in the 5 – 20 age group needed special tuition, with 32% requiring assistance from a counsellor or disability support person. 28.5% of young people on the spectrum said that they did not receive any educational assistance (this does not include students at special schools or those in specialist classes in mainstream schools).

Overall, it was found that 92.3% of young people in education experienced some form of restriction as a result of being on the spectrum.

Beyond the school years, it was also found that 8.1% of people on the spectrum had a bachelor degree or higher, compared to 31.2% of people without autism. People with autism were also less likely to have other post-secondary qualifications, such as a diploma or Cert III/IV.

People with autism in the workforce

There were 94,600 people with autism in the 2018 SDAC considered to be of working age i.e., aged between 15 and 64. Of these, 38% participated in the labour force, compared with 84.1% of people not on the spectrum. There was also a significantly higher unemployment rate among people on the spectrum (34.1%) when compared to people who do not have autism (4.6%).

Daily living activities and people on the spectrum

The survey also considered the degree to which people with autism require assistance with daily living activities and functional skills. Most significantly, the findings showed that 68.9% of people on the spectrum (141,400) required support or supervision in at least one of three areas: communication, self-care and mobility.

Over two in five (44.4%) of people on the spectrum reported that they had a communication restriction that requires assistance at least some of the time in order for them to be understood or to understand others.

Just over a third (36%) of those surveyed experienced limitations with regard to self-care i.e., dressing, bathing, eating or toileting, and required suppler or supervision to complete these daily living activities.

Around a half (50.9%) of the people with autism reported that they had a mobility restriction that means they require some assistance or supervision to be able to move around.

Assistance for people with autism

One of the most important findings of the 2018 SDAC was the high proportion of people with autism who felt that their needs for assistance were not being met. Over half (51.7%) of the 170,100 people who required assistance reported that they needed more help with at least one activity, including cognitive and emotional support (61,000 people), communication (30,100) and mobility (21,700).